Beer Pong is a wildly popular drinking game in Colleges and Universities and most parties across the planet where players throw a ping pong ball across a Beer Pong table. The objective is to throw this ping pong ball into one of the several cups on the other side of the table. The catch: these cups contain beer. 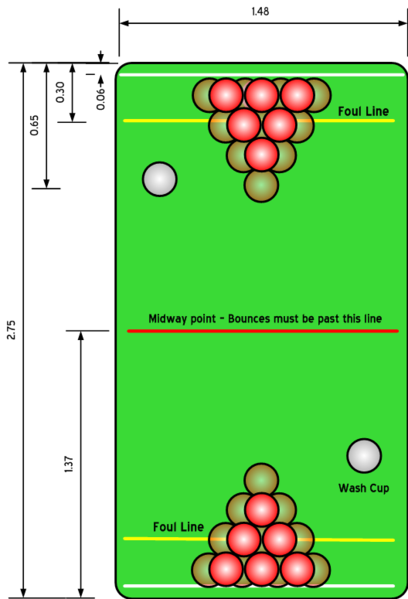 1. The game of Beer Pong usually consists of two two-player teams, one on each side of the Beer Pong Table. Each side has the same number of plastic cups arranged in the shape of a triangle. The number of cups varies from either 6 cups or 10 cups or 15 plastic cups.

3. You win by eliminating the other team’s cups before your own cups are eliminated.

4. Usually the standard 16 Ounce cups are used to play Beer pong. These cups filled with an agreed level of beer are aligned with the edge of the table.