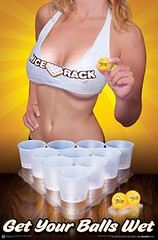 At some party schools like Ohio State, it is perfectly normal to see tables stacked up with ten cups in the shape of a triangle at 9 A.M on a Thursday Morning. So if you shoot like a gir, fix it before you show up at one of those parties at your school. Speaking of parties, we have seen some amazing Beer Pong Tables and it was time to judge the Best Beer Pong Tables ever created. 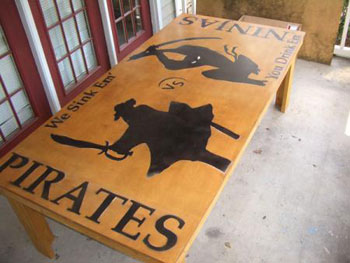 What a table to pay homage to the perfect team, the team of the decade and World Champions. Drink a beer everytime Tom Brady throws a touchdown pass. You will probably get drunk faster. In Bill we Trust! 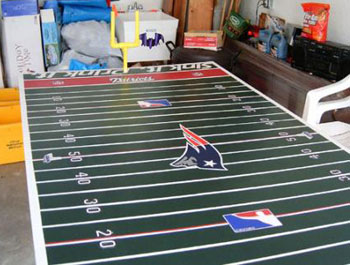 This beer pong table is awesome for the graphics and the layout on top of it. Best of all, it is highly portable. However, it might be a bit of a challenge for you and your buddies folding it back up after you are smashed. However, it gets points for its design and also for giving something for the DD to do 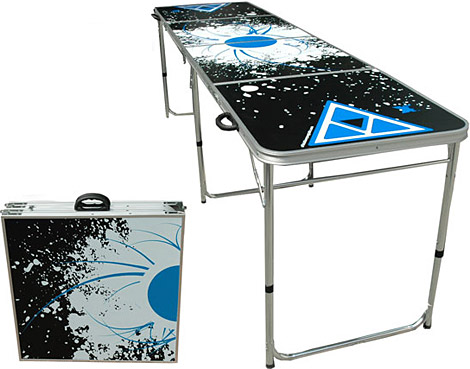 Homage by a fan to his school.. Purdue University. This beer pong table is built from all beer caps and with the Purdue P in the middle. 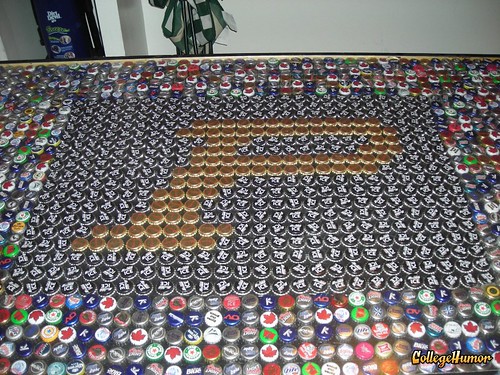 This table was probably made before Master Chief, Xbox 360 and PS3 made its debut. However for many of us old schoolers, this is an awesome Beer Pong Table. 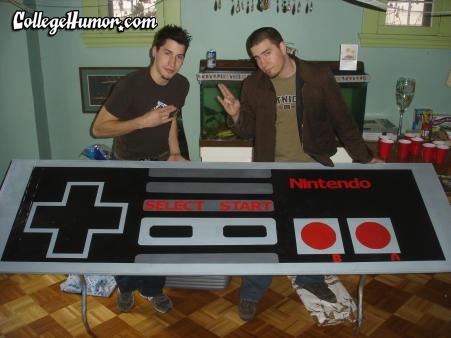 This table rocks simply for its style and oomph factor besides having the king of beer as its logo. This Beer pong table is worth close to $300, is hand made, half an inch thick clear epoxy covers the top and on the sides and has bud select caps under the epoxy to mark spots to place the cups. 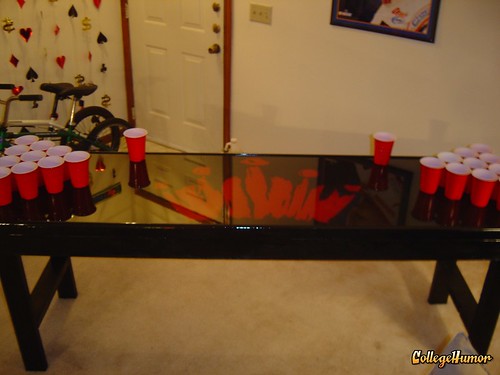 A beer pong table featuring sexy shapely ladies and LED lights to create one of a kind table. 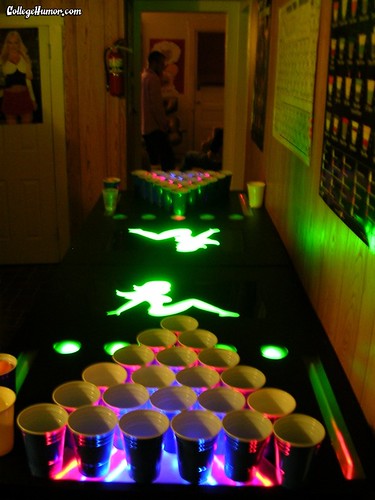 How about the Beer pong table drinking side by side with you. This table has a mosaic of beer being poured into a beer mug 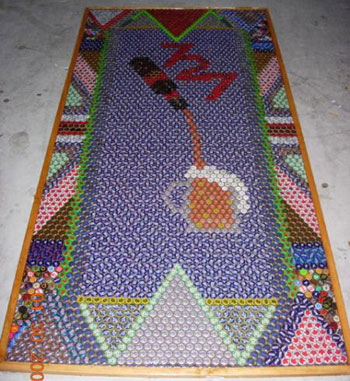 There are three things which are compulsory in a dorm room. Ramen Noodles, a Foosball table and a Beer Pong table. Now, what happens when you combine two of those three requirements. You get the best of worlds in a Foosball Beer Pong table. Play Foosball on one side and play Beer Pong from the other ends. This table has a Plexiglas on top so you don’t have to worry about raining beer on your foosball grounds. 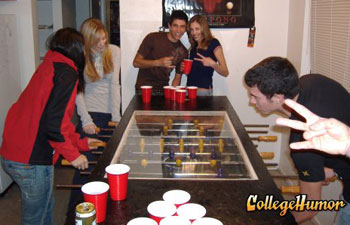 This Beer Pong Table is definitely at the top of our list here. What an awesome invention… a floating beer pong table for all to enjoy. Why it ranks at the top of the list. Creativity check. Easy to move around .. check. Easy to clean after a party .. check. Best of all, when you play Beer Pong in a pool, you don’t have to stop for bathroom breaks! 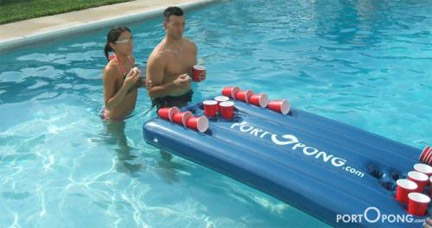