At Monster, they keep information of Job applicants and this information includes Name, current address, phone number, information about employers, past employment history(which can give away location of previous addresses) and other confidential information, all very appetizing for Internet Trolls and malicious hackers.

Recent reports coming out from Monster suggests that the Monster resume database was hacked into and information such as names, addresses, phone numbers and email addresses of job seekers with resumes posted on Monster including MonsterTRAK were stolen and illegally downloaded. Apparently there was a rogue server within the Monster Network which was used for downloading all this information from job seekers.

While the company claims to have conducted its own investigation, it still cannot say for sure which individual job seekers have their information stolen.

How can Hackers use this confidential information?

When your personal information has been stolen from the monster.com resume database, you can be a prime target for a phishing email. You may get an email stating that there are issues with your account and need immediate attention. You might be asked to click on a malicious/spoofed website. Worse yet, you may get a phishing email saying that you have obtained a job with the company you applied for and you need to click on a spoofed site which might ask you to enter more personal information or download some malicious software.

An example of such an email could be one show below. Notice the spelling mistakes

END_OF_DOCUMENT_TOKEN_TO_BE_REPLACED

Steganography is the art and science of writing hidden messages in such a way that no one apart from the intended recipient knows of the existence of the message. Generally, a steganographic message will appear to be something else: a picture, an article, a shopping list, or some other message. A Steganographic message (plaintext) is often first encrypted by some traditional means, and then a covertext is modified in some way to contain the encrypted message (ciphertext) , resulting in stegotext.

In this article, we will teach you how to do this. First to encrypt a message and then apply image steganography techniques to hide this encrypted message in an image.

PHASE # 1: How to encrypt a text/message

When Concealing data within encrypted data, the data to be concealed is first encrypted before being used to overwrite part of a much larger block of encrypted data. This technique works most effectively when the decrypted version of data being overwritten has no special meaning or use. Some cryptosystems, especially those designed for filesystems, add random looking padding bytes at the end of a ciphertext so that its size can’t be used to know what was the plaintext size. We will be applying this encryption technique using TrueCrypt.

TrueCrypt is a free open source disk encryption software that works on both Windows and Linux platforms. No data stored on an encrypted volume can be read (decrypted) without using the correct password/keyfile(s) or correct encryption keys. TrueCrypt does this by creating a virtual hard drive that will read and write encrypted files on the fly. The advantage of using TrueCrypt is that you need not download it everywhere. All you need are the files truecrypt.exe, truecrypt.sys and the volume file you create which you can carry on your flash drive.

Step # 2: Once you Launch TrueCrypt, Click on “Create Volume” button. This launches the Volume Creation wizard that prepares the encryped drive location. Next, choose ” Create a Standard TrueCrypt Volume” and hit Next. Next, click on “Select File” button. Browse to a place where you want to store your encryped files. In this case, I am selecting askstudent.secret Note: This is not the file you want to encrypt. Think of this as a Folder Name which in turn would contain the files you want to encrypt later on. Hit Next

END_OF_DOCUMENT_TOKEN_TO_BE_REPLACED

Rival companies taking a dig at each other at the others experience is nothing new. We are used to seeing Coke and Pepsi going at each other for years if not decades trying to win over consumers.

Now, three car companies BMW, Audi and Subaru are at it.

Some information that you need to know before you see the Ads:

3. Subaru needed to say something 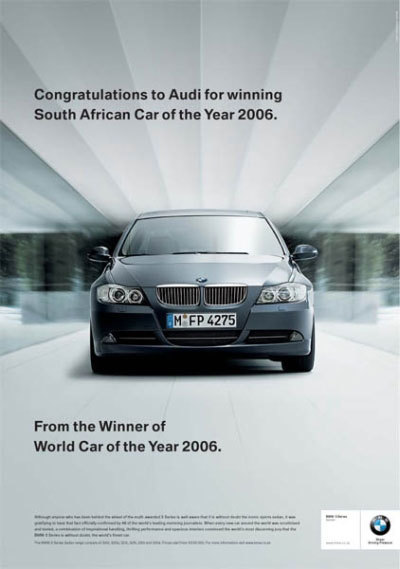 END_OF_DOCUMENT_TOKEN_TO_BE_REPLACED

Social sites with user contribution is the current trend on the internet. Thoof promises to be something new […]

One of the most eagerly awaited games Soul Calibur released a teaser trailer for Soul Caliber 4. After […]