One of the songs which the two finalists at American Idol 2007 were to perform was the song “This is My Now” penned by the American Idol songwriting contest winners Scott Krippayne and Jeff Peabody.

This is My Now Lyrics

There was a time I packed my dreams away
Living in a shell, hiding from myself.
There was a time when I was so afraid
I thought I’d reached the end.
Baby, that was then.
But I am made of more than my yesterdays.

This is my now,
And I am breathing in the moment.
As I look around,
I can’t believe the love I see.
My fear’s behind me,
Gone are the shadows and doubt.
That was then.
This is my now.
I had to decide.
Was I gonna play it safe?
Or look somewhere deep inside,
Try to turn the tide.
Find the strength to take that step of faith?

This is my now,
And I am breathing in the moment.
As I look around,
I can’t believe the love I see.
My fear’s behind me,
Gone are the shadows and doubt.
That was then.
This is my now.

I have a courage like never before, yeah.
I settled for less, but I’m ready for more.
Ready for more…

Video of song This is My Now

END_OF_DOCUMENT_TOKEN_TO_BE_REPLACED 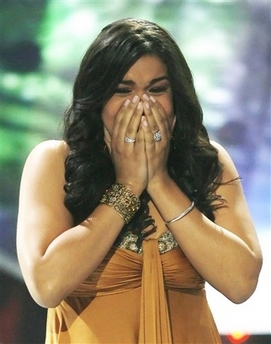 Who won the American Idol this year in 2007? If that is the question on top of your mind, the winner of American Idol is Jordin Sparks.

The 17 year old Jordin Sparks from Glendale, Arizona becomes American Idol’s youngest winner and takes the title over Blake Lewis the other finalist at American Idol. This is the sixth season of American Idol and Jordin delivered an outstanding performance in front of a capacity audience at Hollywood’s Kodak Theater and many million more TV viewers.

Both Jordin Sparks and Blake Lewis were offered three songs, the first a song of their choosing, the second one assigned by the judges and the last song called “This is My Now” which was written by two songwriters who won the American Idol songwriting competition.

The Wednesday night Grand Finale opened with a duet by Jordin Sparks and Blake Lewis. The finale also featured performances from artists like Gwen Stefani, Green Day and other past American Idol winners. At the end of the nearly 2 hour long finale, host of American Idol, Ryan Seacrest announced the results of the record 74 million votes cast by viewers which was Jordin Sparks.

You can download Jordin’s performance of ” This is My Now” as an extended MP3.

END_OF_DOCUMENT_TOKEN_TO_BE_REPLACED

Microsoft Outlook is one of the best Email clients ever. I have email accounts with Gmail, Yahoo, Hotmail, my school Email and then finally work email. It would be a huge waste of time if I were to log into each one of those web based email services in order to check my Email. So I just bring all of them into my Outlook.

If you are like me and maybe wished to categorize emails based on the sender such as identifying them using a different color for a unique sender such as a Red for my manager, a pleasant pink for email from my boyfriend etc. Here, follow the methods outlined below in order to display your emails using a different color depending on the sender of the Email.

Step # 1: Open your Version of Outlook. Go to Tools menu and choose Organize

END_OF_DOCUMENT_TOKEN_TO_BE_REPLACED

Step # 1: Go to the Sent Items in your Outlook’s Navigation Pane on the left hand side

Step # 2: Open the Email message that you need to resend

Step # 3: Go to Actions and then select Resend this Message 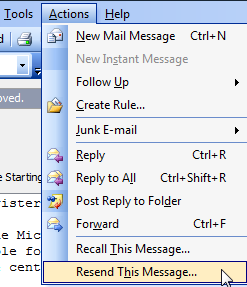 END_OF_DOCUMENT_TOKEN_TO_BE_REPLACED

One of my disturbing and highly anticipated horror/suspense movie in recent times ‘ Bug ‘ starring Ashley Judd is all set for release come May 25th.

Movie Summary: This is not any other bug movie

. Directed by The Exorcist’s William Friedkin, Bug is about a lonely waitress with a tragic past, Agnes rooms in a run-down motel, living in fear of her abusive, recently paroled ex-husband. But when Agnes begins a tentative romance with Peter, an eccentric, nervous drifter, she starts to feel hopeful again – until the first bugs arrive… The bugs arrive May 25th.

Lionsgate has just sent us two cool new posters for this movie both of which prominently feature Ashley Judd. The first poster tells us more about the tag line of the movie ‘ First they send in their Drone .. then they find their Queen’. You see Ashley Judd inside the outline of the bug. So, is she the Drone or is the Queen? Find out in this bug movie

END_OF_DOCUMENT_TOKEN_TO_BE_REPLACED 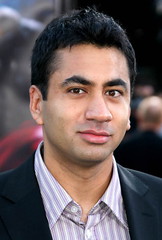 Kal Penn, best known for his role as the stoner Kumar Patel in the 2004 cult classic “Harold & Kumar Go to White Castle,” is going to the Ivy League. He will be a guest instructor at the University of Pennsylvania during the spring 2008 semester, school officials announced Monday.

Penn, 29, will teach two undergraduate courses which won’t be Bake 101 and Mix 101. His classes are tentatively titled, “Images of Asian Americans in the Media” and “Contemporary American Teen Films”.

“The Asian American Studies Program is delighted that Kalpen Modi, aka Kal Penn, chose our program to host his teaching engagement at Penn,” program director Grace Kao said. “Mr. Modi is one of the leading Asian American actors of his generation and is particularly aware of how his racial and ethnic identification has affected his professional experiences.”

Students can enroll in the courses as Asian American studies or cinema studies programs in Penn’s School of Arts and Sciences, Kao said.

He recently finished shooting “Harold & Kumar 2” with Cho. Kal Penn is also very well known in the American Indian community in the hit movie American Desi. Kal Penn’s other television and film credits include “The NameSake” where he plays the lead as Gogol Ganguli. In this movie, you can definitely see traces of Kumar especially in the pot-smoking scene, but Penn, has definitely matured as an actor. The NameSake could very well turn out to be his breakthrough movie, winning ringing endorsements from most corners. Penn also played the lead in the (awful)movie Van Wilder: The Rise of Taj, Epic Movie and also a few episodes of 24 this season.

The university said Penn, a native of Montclair, N.J., received a bachelor’s degree in sociology with a specialization in theater, film and television from the University of California, Los Angeles, and is pursuing a graduate certificate in international security at Stanford University.