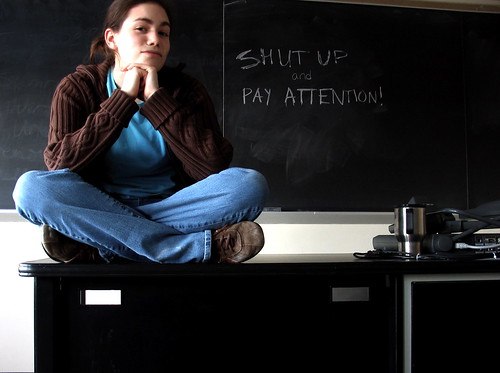 Finding a reason to attend class discussion sections may be difficult, if not impossible. So when you find a reason, it seems smart to hold on to it for dear life — unless that reason happens to be the 5-foot-11-inch, sparkly-eyed pillar of perfection standing at the chalkboard and calling roll. If affection for your TA is what lures you to class each week, you might have a problem.

At a large university like the University of California at Los Angeles, the age gap between student and educator in discussion groups is significantly smaller than it is at other levels of education, since most teaching assistants are graduate students.

While sometimes this lack of age-gap can be an advantage, it may also prove problematic. Especially when it comes to a crazy little thing called love.

Because the age difference between TAs and their students is often negligible, there are natural attractions and temptations that surface. Rumors of students dating their TAs are ever-circulating in campus halls.

Mike Cantor was a teaching assistant for a drama class at the University of California at San Diego. In an essay he wrote, he discussed his struggle deciding whether he should date one of his students.

“I started dialing Melissa’s number about 10 times. Something stopped me from following through, and it wasn’t because I was nervous. I guess I knew there was something wrong with a teacher dating a student,” Cantor said.

In UCLA’s student handbook, there’s no specific statement regulating relationships between students and their TAs. All that is specifically addressed is sexual harassment and sexist behavior.

“The university respects the right of all employees to conduct their private lives as they see fit, yet at the same time, dating relationships between faculty/TAs and students, during the time of the pedagogic relationship, are strongly discouraged,” said Rhoda Janzen, a teaching assistant consultant at UCLA.

The gray area of students dating TAs is silently governed. Representatives from student affairs in the department of biology say TA’s going out with students is not allowed and that this is a “professionally understood rule.”

However, the Teacher’s Guide, according to university ombudsperson, applies to TAs as well — and it does address the dating issue.

Rather than actually prohibiting TA-student dating, the guide says “faculty members must understand that ‘romantic’ or any kind of socio-sexual liaison with current students” can place the student’s education and relationship with the educator in jeopardy.

“TAs are in the process of learning how to be professionals, and that means learning how to maintain a professional distance. They need to learn that. It’s OK to make friends; you just need to keep that distance,” said Dan Rosenfield, a sociology TA.

The guide describes in detail what could be compromised should star-crossed lovers start a relationship. Mainly, the guide serves as a warning to TAs, instead of as a prohibition.

One TA said she feels that a clear rule regarding romantic relations between students and their teaching assistants should exist.

As opposed to student-student dating, it’s a risky case because there’s a question of motive. There are several possibilities. On one side, a student could fabricate emotions in attempts to receive a better grade, and on the other a TA may use his or her administrative power to engage the student in a relationship.

END_OF_DOCUMENT_TOKEN_TO_BE_REPLACED

Unmentionables: What you leave out of a resume is often more revealing than what you put in.

A resume tells a story. It’s an idealized tale of professional accomplishment, garnished with action verbs and tasks completed. 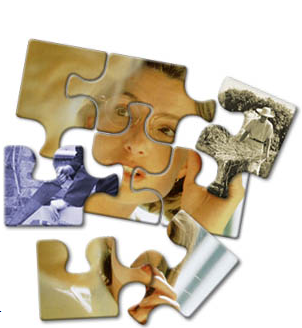 But this is a different kind of story, about a job that isn’t on my resume and a task that never was finished:
I spent ten days one June working on an organic farm in New Mexico. On the tenth day, the midday air shimmered with heat waves as I lifted my head to inspect the pathetic progress I had made. Four hours, four rows. Baby eggplants drooped in the glare. My work — loosening dry soil and pulling up weeds that threatened to dwarf the wee plants — made me tense. Jab too aggressively, and I risked severing the very plants I labored to help. Hold back, and I was practically inviting the weeds to take over. How, I wondered wearily, would I ever get through this acre of organic eggplants?

As it turned out, lunch brought all the answers I would need.

“I don’t think this is working out,” said Eremita, the owner of the organic farm I had pledged my services to as an “intern,” and one tough cookie. “You just aren’t getting it and I don’t have time to keep watching you.”

I had to admit that Eremita was right. I wasn’t getting it. The baby plants seemed unworthy of my heroic labors, and anyway, this was her farm, not mine. My only profit was an education (read: period of indentured servitude) in organic farming and free room and board.

We parted ways after lunch. I took one more look at the wavering field, wished the tiny plants well and hoped to meet them again in some late-summer eggplant parmesan.

Can it be a surprise that my brief dalliance with organic farming never made the cut onto my resume? Like a rotten tomato, my picturesque foray into rural New Mexico was heaved into my professional trash bin, to compost with many other career unmentionables.

Recently, as I was examining my resume, that most over-requested and overrated document of professional life, I noticed that most of what I consider the really interesting things that I’ve done are missing. Not just the eggplant farm (which represented a gutsy leap of faith that sadly turned sour), but the construction work stint, the dude ranch summer, the half-year on the Italian farm — all missing. In my effort to describe my journalism and publishing experience, I reluctantly forfeit the space and context to outline my unique experiences.

Interning at the Dallas Morning News and working at High Country News and the University of California Press are qualifying credentials for the kinds of writing and editing jobs I find myself applying for. It’s harder to evaluate the summer I spent driving a trash truck at nearly 10,000 feet in Colorado, or the month I spent helping to build a house out of straw bales.

END_OF_DOCUMENT_TOKEN_TO_BE_REPLACED

Today’s potluckers are as likely to be sitting on inflatable furniture while listening to Alanis Morissette as on metal chairs in the church basement. 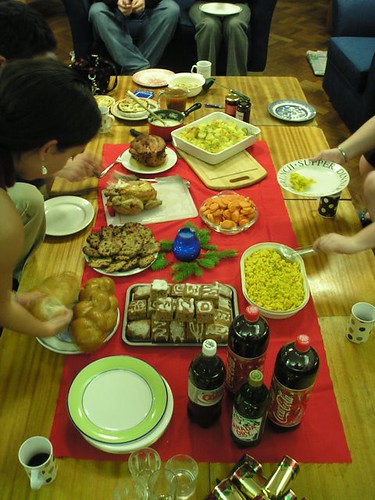 A potluck, also called potluck dinner, or covered dish supper, is a gathering of people where each participant is expected to bring a dish of food to be shared among the group.

Steaming fresh bread nestled beside braised salmon, escargot a l’orange and mesculun greens; sushi rolls beneath a tall glass of champagne; chocolate mousse drizzled in raspberry glaze. No, this isn’t a kaleidoscopic flashback from Hunter Thompson’s restaurant acid trip — this is a meal at a potluck, a mosaic of colors, tastes and textures.

Don’t let the name throw you off. The word “potluck” may conjure up images of blue-haired church ladies sharing their family meatloaf recipes. Or, worse yet, suburban Dick and Janes, flaunting Jell-O salads in the new line of Tupperware in their Better Homes & Gardens yards. But once a student has tired out the kegger, the cocktail party and the dinner date, it’s time to try their luck at the potluck.

Students are getting into potlucks because they provide not only quality, un-freeze-dried food, but also occasions for socializing. And what better common thread for a social occasion than food, a conversational topic perfect for just about anyone feeling less comfortable in a social situation?

A good potluck invariably involves good food, but also requires good company and a sense of mystery. Don’t order food from your friends as if you were in a restaurant. Surprises taste better. Who knows when you might end up eating escargot and lime sauce instead of boring old scalloped potatoes? Or maybe somebody has a secret recipe for a tuna casserole so tasty and creamy Martha Stewart would decorate her home in particle board furniture just to get her hands on it.
——————————————————————————–
Not-So-Lucky Potluck Themes
While creativity spices up any potluck, some themes are better left unexplored. Here’re our top ten unlucky potluck picks.

END_OF_DOCUMENT_TOKEN_TO_BE_REPLACED 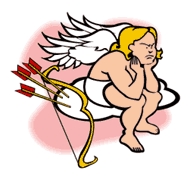 What box of chocolate? What greeting cards? Oh yeah, Valentine’s Day is coming up. But it’s just another day.

Amanda W, a junior at California State University-Fullerton, is optimistic about Valentine’s Day. “I’m not one of those bitter people who has to burn pictures of their ex-boyfriend on Valentine’s Day,” Amanda said. “Valentine’s Day is great because it gives the people who never have the time in their day for romance a reason to be with the people they love. I’m a very romantic person — mostly because I believe that one day, I will be swept off my feet. But that definitely hasn’t happened yet! Don’t get me wrong — Valentine’s Day is great, but I can’t be swept away by someone whose only thought of romance occurs one day out of the year and consists of commercialized gifts that have no meaning.”

Despite our cultural ideal — Valentine’s Days with that special someone — some people are planning unconventional ways to spend the day.

Come Valentine’s Day, Baldwin-Wallace College junior and Sunday school teacher Samanta Olander will be telling the religious story of St. Valentine to young people — a far cry from the romantic escapades most students have planned on this day of love.

But Olander believes the message behind this ancient tale is more important that roses and chocolates and sexy lingerie. That’s why she is planning on having “a discussion on how God shows his love for us and how we can show God’s love through our own kindness and understanding,” she said.

While most college students probably will not be spending Feb. 14 in church, considering how commercialized and lascivious the holiday has become, Olander doesn’t mind.

“To me, Valentine’s Day is a day to remember those that you love and care for, and those that love you,” Olander said. “Sure I may dress in all black and scowl when I hear the ‘V’ word, but deep down it’s a good reminder of the people close to your heart. As far as being single, call me an optimist, but I try to remember the good times and look forward to the great times ahead. Who knows, Keanu Reeves may be calling me out for a date tomorrow!”

Chris Georgalis, a sophomore at Case Western Reserve University, says for him, Valentine’s Day is comparable to Groundhog’s Day.

“It only happens once a year and when it happens, I usually am not aware of its arrival until the day of,” Georgalis said. “It is true, although, that I have spent most of my St. Valentine’s Days single but it is on this day that I will always stop and think about the importance of human relations. That is what St. Valentine’s Day has been for me.”

END_OF_DOCUMENT_TOKEN_TO_BE_REPLACED

As someone who recently am experiencing the power of Yoga to both mind and body, I want to […]