The Wedding Spinner: With a tuxedo and a smile, the wedding DJ plays “Superfreak” for the happy couple, […]

Nothing is better — or worse — for a good friendship than a little nookie. 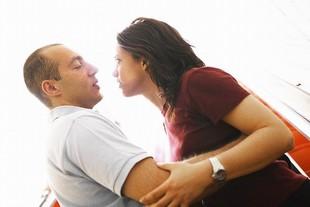 “I thought briefly that I was in love with a good friend,” said Jessica Kahl, a junior at Stanford. “But before too long, I realized that we were just not prepared to make the transition from friends to something more.”

Kahl has managed to remain friends with her crush over three years of college, and she feels certain she made the right choice.

“Without the mystery and newness of someone unknown, a relationship with a friend might lack some excitement,” she said.

The scenarios seem endless: to tell or not, to act or not, and then there is the other side. What if your best friend falls for you? The dilemmas involved with friends falling for friends are perhaps as numerous as the number of people who experience it — and that’s a lot of people.

Nicole Canrelli, a junior at the University of New Hampshire, is one of them. Her good friend fell for her. “I think he is a really nice guy, but I was just not attracted to him,” she said. “He kept asking me out, and I kept saying no.”

Canrelli resolved the situation uniquely. She told a girlfriend who liked him to go out with him.

“He has not been after me since,” she said.

They’ve remained friends through all the changes.

“I have just tried to act as if nothing unusual ever happened,” she said. “It is kind of hard, but I don’t want to lose his friendship. I have to make it work.” 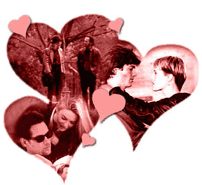 Hollywood Feels Your Pain; Hollywood movies of friends falling in love with friends

Falling for a friend? Wondering if you should let them know, keep it a secret or try to get over it? Don’t worry, Hollywood understands. Check out the morals of these friend-falling-for-a-friend movies for advice.

When Harry Met Sally
Harry and Sally meet at the end of college and keep meeting until they have sex. They feel funny after. He compares her to a dog. She bitch slaps him. They meet once more at a New Year’s Eve party, he in a bad jacket, she with a bad perm and both feeling sorry. “Auld Lang Syne” and “The Wedding March” ensue.
Moral: Wait. You won’t have to fake the orgasm.

Clueless
Josh hates Cher’s shallow, Beverly Hills bitchiness. He hates her surgically-enhanced friends. But he’s got her back anyway. What he should hate is that he’s kissing his stepsister. Eww.
Moral: Divorce sucks face.

Some Kind of Wonderful
Watts is a girl who seems to lust to the beat of a different drummer. After changing carburetors the live-long day, she sits at the kit in her garage and pines for her bud Keith — though that Denise Crosby haircut and the G.I. Jane-goes-to-CBGBs outfit point to a possible obsession with Amada, the object of Keith’s affection. When Watts stoops to playing chauffeur in order to chaperone Keith and Amanda’s date, it’s unclear who she’s ticked off at and who she turned on by. Fortunately, Keith almost gets his ass kicked and gives Watts the earrings and practice smooch she’s apparently been waiting for.
Moral: Not every chick who seems like a lesbian is one.

END_OF_DOCUMENT_TOKEN_TO_BE_REPLACED

Upon graduation, many students volunteers leave idealism behind to become for-profit corporate suits.

However, college students aren’t often presented with the possibility of joining a non-profit organization as a valid career move.

“I know people who have used volunteer work that they love to train themselves for a career to be paid do what they learned as a volunteer,” said Nancy Montagna, the volunteer coordinator of Helping Hands. She is in charge of recruiting the 300 volunteers that Helping Hands needs to put on an annual benefit sale to support poverty organizations.
——————————————————————————–
Get Involved, Get a Job

What can the average liberal arts, science or business major do? Volunteer organizations seek grads with a variety of training and interests. But make no mistake, volunteers and non-profit workers are just as talented as their for-profit counterparts.

Hands on Work
Volunteers for Peace, which aids troubled communities, needs an enormously diverse group of volunteers. According to Peter Coldwell, the director of VFP, volunteers are involved in construction, renovation, conservation, architecture, agriculture and running summer camps.

Management Skills
For the business-minded volunteer, fundraising events like Helping Hands’ benefit sale require individuals to generate publicity, review grant proposals from beneficiaries, solicit crafts and supplies and manage price and data information, Montagna said. Plus, many other leadership positions are needed for the actual operation of the sale, she said.

Programming for Peace
For grads with computer skills, non-profit and volunteer organizations are just as hungry for programmers as Microsoft is. Weiss noted that Children of the Americas needs volunteers to design and maintain the organization’s Web page so the ministry children can be connected to the rest of the world.

END_OF_DOCUMENT_TOKEN_TO_BE_REPLACED

Relationships are a little like glaciers, under various pressures for most part. They are always moving and changing, […]