Since 2002, EZUnsecured.com has specialized in helping small business owners and entrepreneurs obtain the capital they need to […]

Believe it or not, Grandfather clocks were all the rage once upon a time! Few sites recognize the […] 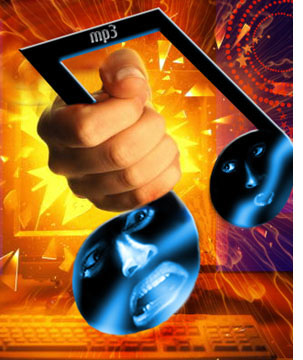 On September 8, 2003, the RIAA sued 261 American music fans for sharing music on Peer to Peer(P2P) networks, setting off an unprecedented legal campaign by the RIAA against its own customers. On September 8th, 2007, we will mark the fourth year anniversary of the Recording Industry Association of America’s (RIAA) legal campaign against music piracy where the RIAA has threatened, settled or filed lawsuits against more than 20,000 individuals.

These individuals did not comprise of criminals or commercial music pirates but instead included children, grandparents, single mothers and a whole lot of college students, all of whom have been slapped with those thousand dollar lawsuits. The rate of these lawsuits shows no signs of slowing down but instead have increased with the most recent being the 400 lawsuits per month against college students as part of the RIAA’s new strategy against universities and college students.

Inspite of all these lawsuits, music sharing over P2P networks remains as popular as ever inspite of the increasing awareness of the RIAA lawsuits. One thing seems clear from all this, suing music fans does not seem to be the solution to music piracy. RIAA might be winning legal battles but it is losing the war on music piracy for sure.

RIAA started off suing the P2P companies like Kazaa, iMesh and others. Most of these bowing to legal pressure complied by announcing “filters” in their technology. I still remember the day when SuprNova shut down… just like that one day. Even though Piratebay relaunched SuprNova, nothing can ever come close to the SuprNova of the old.

The EFF has compiled a nice report called RIAA at 4 profiling the industry’s shifting legal tactics, which have familiarized campus technologists with John Doe subpoenas and pre-litigation notices.

In what would later seem a prelude to the lawsuit campaign against individual file-sharers, the Recording industry in April 2003 sued four college students for developing and maintaining search engines that allowed students to search for and download files from other students on their local campus networks.

The lawsuits named Joseph Nievelt, a student at Michigan Technological University; Daniel Peng, a student at Princeton University; and Aaron Sherman and Jesse Jordan, both students at Rensselaer Polytechnic Institute. The complaint principally alleged that the students were running an oncampus search engine for music, using software such as Phynd, FlatLan, and DirectConnect to search campus local area networks and index files being shared by students using the file sharing protocols included in Microsoft Windows.

The complaints also alleged that the students had, themselves, downloaded infringing music. The students ultimately settled the cases for between $12,000 and $17,500 each. In Jesse Jordan’s case, the settlement amount “happens to be the same amount of money that is the total of his bank account. That is money he has saved up over the course of working three years … to save money for college.” He later stated that he did not believe he had done anything wrong and had settled to avoid the legal expenses of fighting the lawsuit.

END_OF_DOCUMENT_TOKEN_TO_BE_REPLACED

What is a PLUS loan? Federal Parent Loans for Undergraduate Students, also known as PLUS loans, are low-interest […]

Encyclocentral is starting to emerge as a very good complement to Wikipedia with the difference being that at Encyclocentral, the content is in a non wiki format.

Established in 2001, Encyclocentral (http://www.encyclocentral.com) currently hosts in excess of six thousand articles and is adding hundreds more of new and original articles, reviews and news stories every week. Content is categoried for easy site navigation where you can see alphabetical listings of all topics. Such a broad range of topics makes this site a favorite online destination for many college students, by research faculties and university folks. For anyone wishing to contribute, article submission is a breeze. If you are there for research, the site search is very powerful and very useful. Besides, you can get all of Encyclocentral’s content in XML format and RSS feeds.

There are a broad range of topics in Encyclocentral from Apartments to Calling Services Telephone, to Computers Services to dating services to articles on Writing.

I found the writing category pretty interesting. Lots of good content ranging from topics such as the article on proof reading and the article on armour which I needed for my Civ class.

Encyclocentral is owned by 4Sight Media. This is a sponsored post