Mac OS X version 10.5 “Leopard” is the sixth major release of the Mac OS X operating system for Apple’s Mac line of personal computers, and is the successor to Mac OS X v10.4 “Tiger”. Leopard was released on October 26, 2007

For those of you who love the look of the leopard but can’t afford a MAC yet, there is a way to replicate the look and feel of OS X Leopard on your Windows PC by applying the OS X Leopard Transformation Pack.

END_OF_DOCUMENT_TOKEN_TO_BE_REPLACED 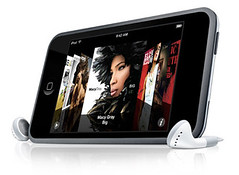 If you watched TV anytime since last month and especially if you watched the Baseball WordSeries between the Boston RedSox and the Colorado Rockies, you must have watched the vibrant and youthful Television commercial for the new Apple iPod Touch.

This ad is a high def version of the ad which a 18 year old English student named Nick Haley created on his very own Macbook. Nick is a freshman at the University of Leeds and is from Warwick, England. In the ad, Nick shows off the various features of the iPod touch with “Music Is My Hot, Hot sex” by the Brazilian band CSS playing in the background.

END_OF_DOCUMENT_TOKEN_TO_BE_REPLACED

A comparative video of the iPod touch and the iPhone interfaces, running alongside each other.

Steve Jobs recently introduced the latest iPod to the highly successful and hugely popular iPod family. Now, we have the iPod Touch.

Some of the features of the iPod Touch

Multi-touch interface : The revolutionary technology that made iPhone a hit is now on one amazing iPod.

END_OF_DOCUMENT_TOKEN_TO_BE_REPLACED 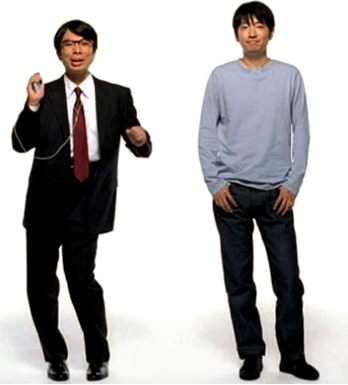 Apple has just released a new holiday “Get a Mac” advertisement in Japan called “New Years”. Check out the subtitiled video below