Editors Warning: This tip should not be misused for threatening, abusive, illegal or obscene communication. AskStudent takes no responsibility for any misuse or damage caused by this tip. Only prank those people you know and make sure you inform them about it.

The site we want to visit is phonetrick.com. You can use this to prank your friends. Also, you can you this as a reminder service.

Step # 1: Type in a recipient’s 10 digit phone number including area code. Make sure you include no dashes, spaces or periods

Step # 2: Type in the number you want to spoof. Say you want the call to originate from your Roomies Ex GirlFriend, put in her number

Step # 3: Type in the name you want to show up on the recipient’s caller ID. In this case, it would be your Room mates Ex Girlfriend

Step # 4: Select a voice that will read your message to the recipient. You can choose between male and female voices

END_OF_DOCUMENT_TOKEN_TO_BE_REPLACED

Okay, this has to be one of the coolest things to happen ever. Christmas is around the corner and guess what, you can come meet Santa and his whole crew. The asking price, a cool $2,000,000 US.

So, what is part of this ultimate Christmas package…

Phase 1: Pick up of the winning bidder

a. Escort in limo of the winners choice: Some of the Limo’s being suggested were the H2, the Vet Limo, The Porch limo or any limo you want to the winners nearest home airport or any place they want to be picked up by Santa’s helpers.

b. Fly to Teterboro Airport in NJ: The winner will be flown in a Piggio Avanti, one of the best in luxury planes. 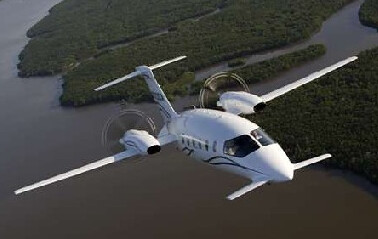 END_OF_DOCUMENT_TOKEN_TO_BE_REPLACED

Everyone loves a party. So have one. Themes and elaborate decorations aren’t necessary. Sometimes a basic kegger is all you need. But if you’re going to have guests over to your place, you don’t want to screw it up. Take a little time to think about the basics and make sure you have everything covered. Here are some of the important issues you should consider to save yourself headaches and embarrassment.

Drinks, Part One
Parties are social, so alcohol, which lessens your inhibitions, is worth having around. College parties across the country are fueled by one common source of energy: Beer. You can have mixed drinks, too, but that gets pricey. Of course, you’ll want to discourage excessive drinking and drinking and driving. But for a basic bash, you should have some beer.

Domestic-beer kegs are most popular among college students, says Steve Hopkins of Eastgate Liquors, a popular liquor store in Columbia, MO. Prices range from $44 for a half-barrel (that’s a typical keg) of Keystone Light up to $66 for Michelob. One half-barrel holds nearly 200 12-ounce servings of beer. Kegs of imported beer can be specially ordered and can cost in excess of $100 apiece.

“Natural Light’s our most popular,” Hopkins says, “Or, as the kids like to call it, Nattie Light.” Expect to leave deposits on kegs, and if you need them, taps and ice tubs. All three deposits can run you almost $100. Hopkins says his store frequently retains deposits on taps that have been abused, but keg deposits are almost always returned. “The keg is pretty hard to damage,” he says. “We’d probably take back anything as long as it’s not chopped in half.”

Ranzi Mefrakes, the manager of Southside Liquors in Columbia, agrees. “I’ve never had a damaged keg,” he says. “It’s not my judgment to decide. Most of the time, the distributor takes it.”

Drinks, Part Two
You should offer alternative party drinks for your guests who don’t want beer. Courteous hosts put out different types of sodas and water for the non-boozing crowd and designated drivers. Even some drinkers may choose to take a break from alcohol and just hang out. The option to have other drinks keeps them around longer.

END_OF_DOCUMENT_TOKEN_TO_BE_REPLACED

Ashley Revell sold everything he owned, travelled to Las Vegas and bet it all on one spin of […]

It begins out as “Society always chose to scorn the truly unique, but that is a burden you choose […]

Winter’s coming, but that’s not stopping some folks from hitting the slopes right now. Excerpts and lessons learned from a thanksgiving skiing roadtrip in Colorodo Springs. I know it sounds crazy… why not go to the southern beaches for a warm winter, but trust me nothing beats the thrill of skiing when its freezing.

Lesson # 1: To skiers and snowboarders out there: Wear sunscreen.

If I could offer you only one tip for the spring skiing or boarding, sunscreen would be it. It’s a cliche and a bad techno-pop song, but if you’re heading to the mountains this winter, I highly recommend you take my advice. Put it everywhere. Rub it into your hairline, under your chin and on the inside (yup, the inside) of your ears. Bathe in it, if you can.

This was the first thing I learned during a recent ski trip to Colorado Springs in Denver for my recent Thanksgiving break. For those of you who aren’t die-hard skiers and snowboarders, let me explain: the mountains do have snow at other times of year besides Christmas, New Years and Presidents Day. Winter skiing and boarding can mean excellent road conditions, shorter lift lines, more comfortable clothing and cheaper everything.

While your friends are shivering on a beach that’s still a little too cold, you can spend your days off flying down uncrowded slopes on soft snow. But, I quickly discovered, there are a few important things to keep in mind before you hit the road.

Lesson Two: Know the Weather
My vacation got off to a bad start because my friends and I forgot to consult the National Weather Service until the evening before we were supposed to leave. Our travel route, of course, was directly in the path of an incoming storm. The highway patrol predicted that a portion of the road would be closed by midnight. We had to leave immediately, and I hadn’t even started my laundry.