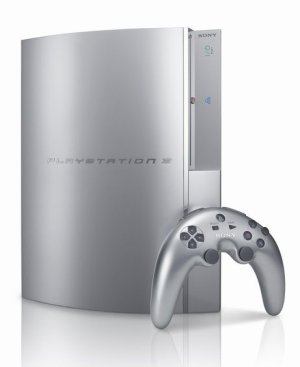 A new Sony Playstation, the PS4 could be released within 18 months, sometime during Christmas of 2008, claims a “Sony Insider”. The report on Smarthouse.com suggests that the insider has indicated that the new PlayStation would feature the same chipset as the current PlayStation 3, but will have hardware enhancements in the drive bay and the attachment area. It would also include a software suite that would help manage streaming TV/HD content. The company is also looking at creating some kind of PS3 based home server.

“We have even looked at a Sony home server based on PlaySration technology,” the unnamed source told smarthouse.com.au. “This would allow consumers to connect home automation devices to the Sony server while also delivering online gaming and access to an extensive movie and music library.”

Ken Kutaragi, the father of the Sony PlayStation says that previously he has been unable to talk about “the next step” because the PS3 still hadn’t launched worldwide. “We’ve introduced PS3 in Europe, so now I can openly talk about [future plans]”, he says. “As a matter of course, I have the vision of PlayStation 4, 5 and 6, which will merge into the network.”

END_OF_DOCUMENT_TOKEN_TO_BE_REPLACED

Learn this Microsoft Windows Minesweeper trick and amaze your friends! The trick Step # 1: Launch Minesweeper and […]

Microsoft has been hiding easter eggs in their programs for years. This shows the last known easter egg to come out in an office suite in Excel 2000. If you have Excel 97, first: please upgrade to a newer version. Second: before you upgrade, open a new workbook in Excel 97. Open a new workbook Press F5Enter X97:L97 and press Enter Press Tab Press Ctrl Shift and click the Chart Wizard button on the toolbar. You’ll be greeted with a full-screen animated image. Use the mouse to move around.

Now, follow the instructions to launch a car racing/shooting game in MS Excel 2000.

END_OF_DOCUMENT_TOKEN_TO_BE_REPLACED

A Brazilian guy, an Xbox 360 suffering from the red lights of death and and a great idea. […]

Just like any re-blodded American or Spartan warrior, we enjoy guns and like using them to make stuff […]

Sony Computer Entertainment America couldn’t be more pleased with the response we have seen from consumers since the launch of PlayStation 3 on Friday,” said corporate communications boss David Karraker. “This truly demonstrates the power of the PlayStation brand and further validates our belief that consumers see real value in an entertainment system that will define the next decade of digital entertainment.”

Translation: We love it when people are shooting each other for an overpriced piece of hype. It truly demonstrates the power of PR and short supplies.

Sony’s having a rough week. After shootings on launch day and a harsh review from the New York Times, Bloomberg is now calling Sony out as having completely missed its shipping targets. The analyst company says there may have been as few as 50% of aimed-for units available, and that the company may only get about 200,000 units to stores by the end of the year (something Sony flatly denies).

PS3 fans now also have to deal with the fact that Koei is cross-platforming two previously exclusive titles. Fatal Inertia and Bladestorm are now in development for the 360 as well, marking the latest in a string of titles that have slipped away from Sony. There is some consolation for the company to take away from this week, though. They did better than Microsoft last week in Japan, with around 81,000 PS3s, 19,000 PSPs, and 16,000 PS2s sold to a mere 4,000 Xbox 360s and … 4 Xboxes.

To be fair, it’s not a really question of “will” MGS and Final Fantasy sell – they’ll sell huge, in that if there were 2 million PS3s owned by gamers, each of those games could still sell a million units. It’s more a question of how huge the sales will be. Think of it this way: If Take 2/Rockstar had skipped the Xbox entirely in terms of GTA games, they still would have sold millions of units and made a ton of money. By releasing on the Xbox, they probably got at least a million more sales (virtually every used Xbox I see on Craig’s List comes with at least a copy of San Andreas) for the relatively small cost of porting the game.