Blue Shirt: We are probably getting maybe 25 units tops. Maybe more. Even we don’t know the exact numbers.

That in one line summarizes the huge anticipation among the student community to grab one of the latest Sony Playstations… the PS3. While the number of units being spread around is around 20 for Best Buy and around 15 for the Circuit City, die-hard gamers are hopeful that they can grab one of the PS3’s.

Check out the pictures and videos taken outside both Best Buy and Circuit City stores in Melbourne, FL. I am only guessing the line is going to keep getting bigger and bigger as the night goes on…. 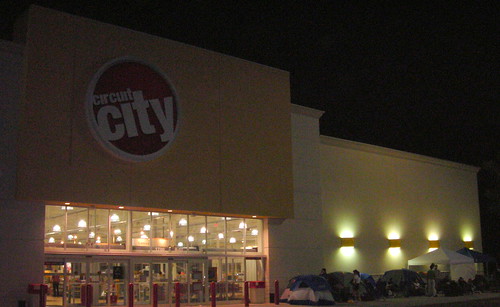 END_OF_DOCUMENT_TOKEN_TO_BE_REPLACED

Here are the top 10 real life video game spoofs we came across trolling the internet. Let us know if you come across anything better. Post in comments.

#10. A spoof on Grand Theft Auto, but this time on bikes. Has drug runs, being chased by gangs, and even has a drive by on a bike.

A video used to be embedded here but the service that it was hosted on has shut down.

#9. Mortal Kombat Spoof : These guys show some of the original game at the beginning, but keep watching to get to the good stuff… including MK theme music in the background midway.

A video used to be embedded here but the service that it was hosted on has shut down.
END_OF_DOCUMENT_TOKEN_TO_BE_REPLACED

After all the forecasts of Doom for the latest gaming machine out of the Sony stables, the PS3, seems to be a huge hit in Japan. At the worldwide sales debut of PlayStation 3, Sony’s newest console attracted dozens of media outlets and thousands of people willing to camp outside overnight for a chance to score the 60,000 yen game system.

Check out the video of the Sony PS3 launch by Ken Kutaragi. Keep your eyes peeled about 45 seconds in to see the biggest ever console-related brawl. Squeal piggy, squeal…

Minutes before the clock struck 7:00 A.M. on 11th November, and Sony’s new PlayStation 3 console would officially go on sale, a company representative addressed the crowd of media and the new face of early bird game console buyers.

“Everybody, the PlayStation 3 is the door to a new world of interactive entertainment,” the spunky Japanese rep trumpeted as SCE CEO Ken Kutaragi joined her on stage. As expected, all available stock sold out in the first few hours bringing a relieved reaction from Sony’s beleaguered head of games, Ken Kutaragi, who made an impromptu speech to crowds at Tokyo’s Bic Camera store

“I’m grateful that so many people are waiting for the PS3 … I hope you will enjoy the next-generation entertainment to your heart’s content,” spake the man know as ‘The Father of the PlayStation’.

For the launch of the PS3 in Japan, Sony has released only 80,000 PS3 units available or lower for the whole country, many of the stores decided that they just don’t have enough units to sell at launch and have decided to sell them through raffle drawings. For such stores, there were no huge lines formed. From the look of the lines at the remaining stores, in the video and the pictures below , it looks like there might be a lot of disappointed gamers in Japan as of now as the sony faithful turned out in droves. Check out the PS3 launch video and photos below

Video of the long lines before the launch

END_OF_DOCUMENT_TOKEN_TO_BE_REPLACED

Oh you gotta love Ebay. When someone said that you can 99% of things under the sun at […]

A third-person tactical shooter from Epic, running on the Unreal Engine 3. Gears of War thrusts gamers into a deep and harrowing story of humankind’s epic battle for survival against the Locust Horde, a nightmarish race of creatures that surface from the bowels of the planet.Unlike other shooters, Gears of War is all about teamwork in a big way. All game modes, levels and scenarios are designed specifically to encourage co-operative play, whether it be with A.I. partners or human players (with A.I. teammates designed with specific strengths, weaknesses and personalities.) On top of that, voice recognition will be available for players, and obviously voice chat to discuss strategy with your friends. In addition to voice chat, gamers will be able to experience individualized matchmaking, view player statistics, earn player achievements, customize their games, and build and personalize their gamer profiles. 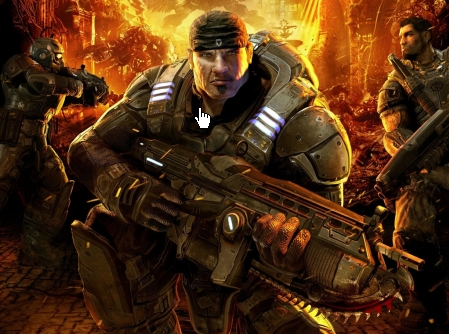