Being the rabid fanboy, I started looking around if I can preorder Halo 3. Lucky me… a google […]

Games and Hollywood.. aahh.  Although their marriage has not resulted in mind blowing Oscar winning material, they never fall short on entertainment. Most of the video game movie adaptions generally have a common theme: The movie is about bad guys assembling the pieces of an ancient stone triangle/relic/artifact/disease in order to control the world’s supply of American cheese. No, that can’t be right: in order to control all the power in the world. Yes, that’s it. In this video-game-to-movie-genre, most of us, including yours truly have been waiting for Halo the movie, by Peter Jackson(LOTR fame) to come out. However, I am sure you might have been disappointed by the recent news that it has been put on the backburner. 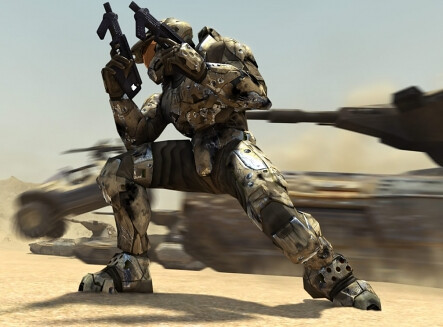 While the rest of the world waits for Master Chief to come and rescue us, in this article, we will take a look at the top 10 game-to-movie adaptions so far. 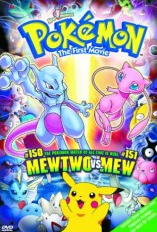 Synopsis: Pokemon first came out as a video game for the Game boys. The games were decent, but nothing special. The world domination of Pokémon begets their first theatrical movie. This adventure is a little more complex and dark than the popular TV series, but kids who live for the show will gobble up this film and ask for seconds. Those baffled by the show’s popularity, however, will see nothing better here. Mewtwo, a new type of Pokémon designed by scientists to be the ultimate fighter, decides he wants to rule the world and challenges all the great Pokémasters to battle. Of course, our intrepid heroes Ash, Misty, and Brock are there to tangle with Mewtwo and spoil his devilish schemes. The film is a tad more emotional than the show (that is, there is some emotion), with Ash sacrificing himself to defend his beloved Pikachu (but don’t you worry, Ash will be just fine).

END_OF_DOCUMENT_TOKEN_TO_BE_REPLACED

In light of the upcoming release of Sony’s Playstation 3 on November 17th, and the imminent shortage that […]

Bungie announced the release of Halo3, the third and final game in the Halo Trilogy that it will be released for Microsoft’s XBOX 260 sometime in 2007. The game was revealed to the world at the Microsoft press conference at Grauman’s Chinese Theater, in Hollywood,CA on May 9th 2006. Since then, besides the trailer, Bungie has not been forthcoming with a whole lot of information about the most anticipated game ever. Gears of War and Halo Wars trailer are doing their best to prepare us for next year’s release for Halo3. In case, you have been a caveman the last year or so and did not see the Halo3 trailer, check it out below. For the rest of you, read on for all you have been waiting for since summer, information about new levels, maps, weapons, vehicles… and more

END_OF_DOCUMENT_TOKEN_TO_BE_REPLACED

MTV’s games site has a piece looking at what it means to be a summer intern at EA. […]