For years, many dieters have believed that a low fat diet — including pasta, breads, and even low-fat cookies — is they key to achieving successful weight loss. But if Dr. Barry Sears, creator of the Zone diet, and his fellow low-carbohydrate proponents are correct, then there are a lot of mistaken dieters out there.

When Sears’ book “The Zone” was released in 1990’s, most popular diets of the time advocated eating lots of carbohydrates like vegetables and fruits, and cutting out proteins and fats like red meat and butter. However, Sears’s book resurrected the idea of the high protein, low carbohydrate diet, which was first popularized by Dr. Robert Atkins in the 1970s. There are now a multitude of variations on these low carbohydrate diets, including Sugarbusters, Protein Power and Get Skinny on Fabulous Foods.

The Zone advocates eating carbohydrates, protein, and fat in a 40-30-30 ratio. The Zone is supposed to work because it’s tailored to a person’s lean body mass (total weight minus weight of fat) by adjusting the amount of food consumed according to a specific formula Sears developed.

In theory, the Zone optimizes the body’s performance by eliminating quick fluctuations in insulin levels due to the consumption of certain foods. Insulin removes sugar from the blood and stores it as fat; by suppressing large fluctuations in insulin, the amount of fat the body stores is theoretically reduced. Most of the low carbohydrate diets follow some variation on Sears’ reasoning that insulin is “the fat molecule”.

Jim Benson, MD, an endocrinologist at Virginia Mason Hospital in Seattle, takes issue with the depiction of insulin as the reason for weight gain.

END_OF_DOCUMENT_TOKEN_TO_BE_REPLACED

This article was sent in by one of our guest authors Jason Viena 31 days after he had his last puff. Congratulations Jason!

Quitting smoking blows — but it’s worth it

When I weighed 300 pounds as a college freshman, there weren’t many excesses I didn’t enjoy. I drank. I made good use of the all-you-can-eat dining facilities. I snacked zealously after late night pizza runs — which was the only running I did. As the year trickled down, I finally realized I needed to lose weight. To make a long story short, I started eating right and I exercised, and I dropped half my weight in a little over a year.

To make the short story more detailed, I couldn’t have done it without Salem Ultra Lights.

I believe that people start smoking for one of three reasons (there are more, I know, but this is my theory. Hang with me.)

#1 : The principal reason is to look cool.

#2: The second is because tobacco companies employ the greatest marketing minds in America, and cigarette ads are very effective.

I have one of those addictive personalities, and I went from being a food fiend to a nicotine junkie. I got hooked.

But today, nine years after my first puff, a bad respiratory infection finally convinced me to quit. That was about a month ago. If you think it’s hard for someone to lose half his body mass, try making him kick a decade-old addiction. For me, cigarettes were more many times more powerful than a bag of chips or trip to McDonald’s.

END_OF_DOCUMENT_TOKEN_TO_BE_REPLACED

For almost as long as there have been freshman, there have been stories of the dreaded “Freshman 15,” that notorious addition of 15 pounds or more to a typical freshman’s weight between September and May. But all you freshmen out there don’t need panic. Just because you’re a first-year student doesn’t mean you have to gain weight.

The causes of the Freshman 15 aren’t difficult to spot.

Walk into any dining hall and the temptation is spread out before you: Slices of pepperoni pizza oozing with extra cheese, plates of golden-brown Tater Tots, plump chili-cheese dogs, chocolate chip cookies and — what the heck — some big brownies topped with ice cream for dessert. Add to these choices an increase in late-night snacking and/ or beer consumption, and weight gain is not surprising.

But controlling weight gain is up to you, and it begins with the choices you make at mealtimes. With so many tasty choices before them in the all-you-can-eat cafeterias, many students find themselves choosing their meals based on what they can fit on their trays. Don’t fall into that trap.

University of California at Los Angeles food manager Antoinette Rutledge says most UCLA students chow excessively at mealtimes because they take a serving of everything that appeals to them.

“I know it’s hard because of the variety available,” Rutledge says, “but if they just asked for a smaller portion it would probably help a lot.”

But tired and stressed students not only eat a lot — they also eat for instant gratification rather than long-term health.

“Kids don’t have their food monitored” in college, says Mary McKay, UCLA Medical Center chief clinical dietitian. “They can say, ‘Oh gee, I can have ice cream for breakfast,’ just because it’s there.”

END_OF_DOCUMENT_TOKEN_TO_BE_REPLACED

It’s a college past-time to whine and bitch about dining hall food, but with a little imagination, dorm food doesn’t have to turn your stomach.

Some people hate the idea of eating in a cafeteria. They envision women in hair nets doling out globs of institutional mystery meat, of entree options that involve limited innovation and few fresh ingredients, and of weekly cycles that bring the same tired dishes back to the steam table again and again.

I like to think of cafeterias as creative playgrounds, a well-stocked kitchen where I don’t have to rinse my own lettuce or scrub pots and pans.

It takes a little training and an open mind to escape the tyranny of the cafeteria menu, but it’s well worth it. You may have to eat off a tray, but there comes a point when every employee at the local Domino’s recognizes your voice, when your sodium level soars at the thought of any more Ramen noodles. So let your dining hall table be your kitchen counter and let your mind be your cookbook.

END_OF_DOCUMENT_TOKEN_TO_BE_REPLACED

ADHD PhD
Most of us don’t think of Attention Deficit Hyperactive Disorder symptoms as making for success in college. What’s college like for ADHD students? 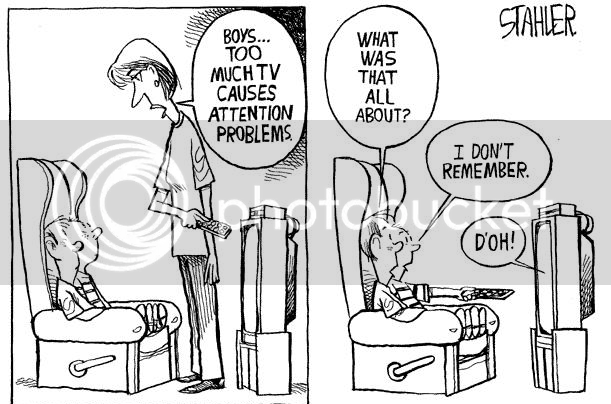 The tousled brown hair that weaves so mischievously around his head may hint at the way he feels inside. He is seven years old and has already had to repeat a grade. He has an imagination that puts other children’s to shame, but nothing seems to hold his attention for more than five minutes. He was recently diagnosed with Attention Deficit Hyperactive Disorder.

This description is familiar to some students who discover they have the disorder as they progress from elementary school to high school to college.

According to the Fourth Edition of the Diagnostic and Statistical Manual of Mental Disorders (or DSM-IV, a psychological reference book), some characteristics of students with ADHD are that they “may fail to give close attention to details or may make careless mistakes in schoolwork or other tasks…individuals often have difficulty sustaining attention in tasks or play activities and find it hard to persist with tasks until completion.”

END_OF_DOCUMENT_TOKEN_TO_BE_REPLACED

On college campuses, caffeine is the wonder drug of choice. How does it work, and what are its side effects?

Specifically, some talk about what’s in coffee, and hundreds of other beverages: caffeine, the chemical that replaces the body’s need for sleep so you can make it through finals week.

Dozens of new products debuted this year that are hypercaffeinated, often advertising twice the stimulant of a cup of coffee or a glass of soda. In fact, just about every beverage is available caffeinated these days, even water.

That thrills some die-hard caffeine addicts. “Caffeine helps me to be more active, both physically and mentally,” said Andrew Krend, a sophomore computer science major at the University of California at Santa Barbara.

When’s enough enough? When we discovered a coffeehouse in Arlington, Va. that makes four-shot espresso drinks with pre-caffeinated water, we knew it was time to find out whether it’s possible to caffeinate the human body beyond its capacity.

Caffeine is a bitter-tasting chemical found in more than 60 plants, including coffee beans, tea leaves, kola nuts and cocoa beans. It can also be made synthetically.

END_OF_DOCUMENT_TOKEN_TO_BE_REPLACED

Your education might be figuratively robbing you blind, but could it literally be making you blind?

To many of us, buying glasses, like going bald or developing a gut, is one of the hazards of aging. But before you shrug off vision loss as something only Grandpa needs to worry about, picture Lionel, the pale nerd-boy with three-inch thick lenses.

Surprisingly, heredity isn’t responsible for his four-eyed curse. No, Lionel’s myopia — nearsightedness — is entirely self-imposed, resulting from long hours spent poring over the books and his PC. Sound familiar? Your intelligence may not make you go blind, but your education just might.

If you plan to limit your reading in college to the text on the mac and cheese box, you have little to fear. But numerous studies suggest the conscientious student will continue to experience vision loss.

“If you examine incoming college freshmen and track them through graduation, you find that 80 to 90 percent require a stronger prescription,” said optometrist Dr. Dean Wright. “Since most of the genetic element is revealed before age 18, the degeneration of the eye is primarily based on environmental factors. Near work such as reading and writing takes a toll.”