Americans are chronically sleep-deprived, and college students are even more prone to overexhaustion.

Here’s what you need to know to rest easy tonight. 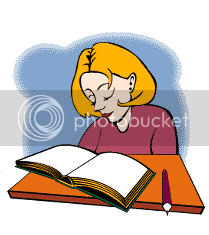 I had a good friend in college who, whenever I was up late trying to study for a final exam or belaboring a lengthy paper, would turn to me with half-closed eyes and tease me in a sonorous, tempting voice: “Forever sleep,” he would say, “forever sleep.”

In response I would either hustle him out of my room or take the opportunity to procrastinate by chatting him up about one thing or another. Sleep, sadly, would have to wait.

Study after study shows that I was not alone, that college students are chronically sleep deprived due to their erratic work and social schedules.

“Often, I’ll have weeks when I average about six hours of sleep per night,” said Harvard University senior John Warren. He admits to “snoozing” anywhere from 40 minutes to an hour and a half after his alarm goes off each morning.

Warren is one among many. Students are simply a particularly exhausted vanguard of a nation of sleepyheads.

END_OF_DOCUMENT_TOKEN_TO_BE_REPLACED

A quick ten minute nap after lunch helps you keep fresh and energetic for rest of the day. […]

Do you dislike having your picture taken because you always seem to come out looking bad in the pictures? Or how about that hot date you set up looking their profile picture on Facebook or MySpace but whose looks in real life left a lot to be desired? What’s the deal with pictures?

Our in house tips on being more photogenic

1 – use Visine to brighen your eyes
2 – don’t go crazy on the lip gloss because it can glare in the light and be distracting
3 – think of something funny when smiling
4 – think of someone sexy when trying to look alluring
5 – use blotting papers, then powder if you have oily skin
6 – try different angles with your face and body
7 – body language translates directly onto film — relax, have fun, & be yourself

Wikihow has an excellent article offering a few tips on how one can look better in photos so that you can stop running for cover whenever the camera comes out. Here are some of the best ones picked from the Wikihow article