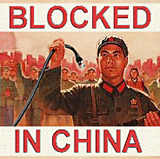 Chinese Universities Zhejiang University, Nanjing University and Shanghai Jiaotong University have initiated university wide rules stating that College Freshmen are not allowed to buy or bring in their computers until the end of their Freshmen year, an effective 1 year ban for freshmen students.

According to china.org, research indicates that the most who surf the internet or play games in the university computer labs and indulge in online gaming or PC gaming are freshmen.

According to college representatives, this rule banning computers for freshmen college students is to help them from becoming internet and gaming addicts. The Chinese authorities believed that Freshmen have weak self control and this constraint would distance them from the Internet and computer gaming.

What do you guys think about this rule and its effectiveness??