A British Student builds a life size model of his favorite car, a 1965 Ford Mustang using nothing but beer cans.

This incredible feat was performed by a Jack Kirby and required almost 4000 beer cans and spread over a period of three years, reports the Daily Mirror.

After a pause to admire his handiwork, Jack, who studies near his home in Hatfield, Hertfordshire, added: “I think I’ll have a couple of cans to celebrate.”

Budweiser said: “We would like to congratulate Jack on his efforts.”

At AskStudent we would like to say ” WoW. Welcome to the club brother” 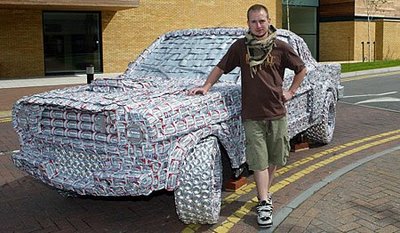 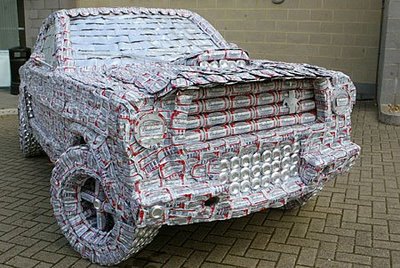