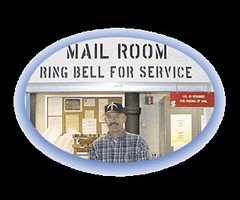 An Ant farm, air-conditioner, barbecue grill, pool cues, pool table and balls, a refrigerator, a car muffler and even car tires and a bumper with a sturdy tag indicating the name of the intended recipient. These are a sample of the items being delivered via snail mail throughout college and university mailrooms across the country. Welcome to the new generation of student shoppers, the web 2.0 generation. Internet shopping and online sales last year was nearly $220 Billion and this year is is expected to grow to almost $259 Billion and one can guess that a significant population constituting that number are college students.

Most universities are now stepping up and expanding or upgrading their existing mailrooms. An example is that of U.S.C which has recently opened a state of the art mailroom which is almost half the size of a volleyball court in a new residential building on campus. Pomona College has a facility which scans bar codes and sends the intended recipients email messages that they have mail waiting for them in the campus mailroom. Some Universities who could not handle the flood of mail have handed over mail room operations to UPS such as Arizona State University.