It was dark, wet and chilly at 6:30 on the morning, but inside the John Wooden Center at UCLA, Jack Gibbons was breaking a sweat. Gibbons is UCLA’s associate director of residential life. “I’m a regular, from 6 to 8 a.m”. Peddling on a Lifecycle in the newly opened Wooden West expansion, he also was catching up on the news, a copy of the Los Angeles Times open in front of him as he went through his morning paces.

Scientists and physical trainers disagree over whether early morning before work or school is a good time to exercise and go to the gym or whether after work or after classes sometime late afternoon and early evening is the best time.

We at AskStudent will try to lay out the pros and cons of early morning exercise…. 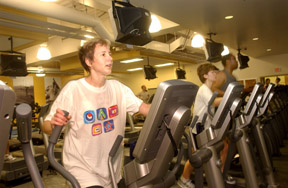 Advantages of working out early in the morning

1. It speeds up your body’s metabolism earlier than usual, making weight loss easier

2. It creates more time in the day for gaining strength

3. It uses part of the day that is usually non productive

4. It is easy to do regularly, once you learn to get going early in the day 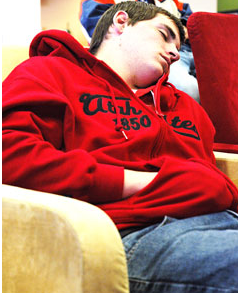 Disadvantages of working out early in the morning

1. Muscle strength peaks in the afternoon and late afternoon, not in the morning

2. Besides muscle strength, mental alertness also peaks in the afternoon making the risk of injuries lowest then

3. Exercising early can cause serious sleep deprivation if you do not go to bed early enough.