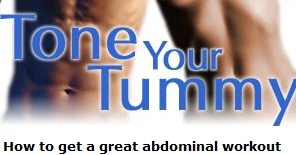 If you’re looking to turn your beer belly into a bare-able belly, there’s something you should know about the traditional abdominal workout: “There is simply no such thing as spot training,” says personal trainer and fitness expert Kristin Miller-McEachern.

Miller-McEachern explains that one of the biggest misconceptions in abdominal training is the expectation that it helps to flatten the stomach. Contrary to the claims of endless infomercials pushing gadgets and gizmos that guarantee spot reduction, the only way to a svelte stomach is a workout routine that realizes the need to trim away the fat on top of the muscle before building the muscle itself. In other words, while an intense workout composed entirely of crunches and other moves that target the abs may get you that ever-appealing six-pack effect, it won’t be easy to spot beneath the bulge.

For this reason, Miller-McEachern believes that a well-rounded program is key to achieving a toned midsection. She stresses that the very best abdominal workout comes from combined strength and cardiovascular training, which work together to define muscle mass and burn calories.

This is not to suggest that the traditional crunch is obsolete — it remains the fundamental exercise for toning and strengthening the upper abdominals. But the gains of a weekly abdominal routine remain the greatest when supplemented with the training of other muscle groups which work the abs indirectly as well as your favorite cardiovascular activity, whether that’s biking, running, power walking, or hiking.

When it is time to zone in on the abs, however, Miller-McEachern points to form, pace, variety, and frequency as important considerations. While many assume that the abs should be trained daily to optimize effects, she warns that over-training can be adverse to development. Muscle tissue needs time to rest and regenerate after being worked. Accordingly, she recommends working the abs no more than two or three times a week.

Each session should consist of approximately three exercises, including at least one that concentrates on the upper abs and one on the lower. Each exercise should be executed in two sets of 15 repetitions, using slow and concentrated movements that sustain good form rather than letting the momentum of a rapid pace do the work for you. 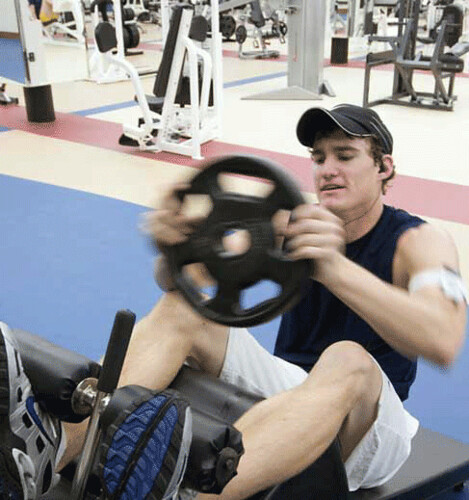 Miller-McEachern stresses that the position of your arms when executing the crunch affects the intensity of your workout as well.

Whether you’re using your school’s fitness center or sticking to the confines of your dorm, Miller-McEachern stresses that variety is an important factor to consider when toning your abs. Even if it’s as simple as switching the order of your chosen exercises, creative manipulation and slight variation of the traditional crunch will keep your body guessing, so you avoid the training plateaus that occur when your muscles adjust to a consistent stimulus.

For those heading to the gym, nautilus equipment, free weights, and other machines offer easy alternatives to the basic crunch. For those staying at home, Miller-McEachern recommends investing in a physio-ball, with which exercises ranging from beginner to advanced can be performed. Since the ball utilizes your own bodyweight, you won’t need extra weight to train, though tubing can be added to increase the intensity of the workout.

However you choose to mix it up, remember that only a well-rounded program coupled with a healthy diet and perseverance will render a toned midsection you’ll be proud to bare.

The American Council on Exercise suggests the following guidelines for safe and effective crunches:

1. Lie with your back on the floor, bend your knees, and raise your chest and shoulders several inches from the ground. Exhale as you come up and inhale as you release.

2. To work the obliques (the muscles on the sides of your stomach) perform the crunch at alternating angles, reaching with the shoulder (not the elbow) across the body to the opposite knee. Repeat on the other side.