Fourteen people were killed and atleast 50 wounded after a gunman opened fire during the midnight premiere of the latest Batman movie, The Dark Knight Rises. The situation is still ongoing and we will update this post with any latest news and alerts.

The Denver police gave an official statement at 4:30 am EST and described the incident this way

At around 12:30 a.m. shortly after a showing of The Dark Knight Rises began, a lone gunman entered the theater through an emergency door exit carrying several weapons, wearing some sort of body armor, and a gas mask. The man threw one or more canisters of some kind of gas, possibly a tear gas or smoke bomb. He then began opening fire with an automatic weapon. More than 50 people were hit – ten died in the theater, four more died at local hospitals. Police responded and found the gunman in the parking lot near his car.

The shooting took place at Century Cinema (14300 East Alameda Avenue, Aurora, CO) in theater 9. The suspect is being identified as a male in this early twenties. The youngest victim in the Colorado shooting was apparently three months old. 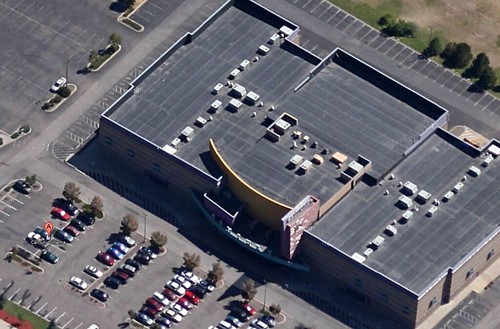 A friend of the victim tweeted this

My friend Jessica Ghawi was killed in the #Aurora Shooting-she was an aspiring sportscaster-she will be missed http://t.co/cnUesuoP

President Obama has been briefed by Homeland Security officials and released a statement:

“As we do when confronted by moments of darkness and challenge, we must now come together as one American family”

YouTube Video Capturing the terrible Aftermath of the Colorado Shooting

The  video (2:45 mins) was taken was a smartphone at the cinema in Aurora, near Denver, Colorado, showing the horror and the widespread chaos right after the shooting took place.

Warning: The video has people covered in blood with scenes of being escorted by the police.