Toil away for a candidate who might win. Or lose. 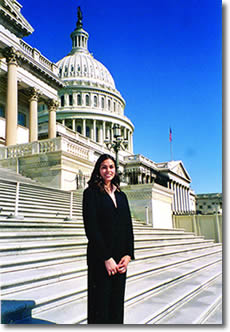 While most first-year college students are preoccupied with battling the Freshman 15 or simply finding their way to class, Mike Woods, a freshman at the University of North Carolina at Chapel Hill, is busy making a name for himself in the political community. To start forging your own reputation among the political ranks, find yourself a job with a campaign this summer. If you don’t mind low pay, trivial tasks, and a hectic lifestyle, getting and sticking with a campaign internship just takes a little initiative.

Yeah, taking initiative is a little scary, but if you want to climb the ladder to Capitol Hill glory or a White House Intern, nobody is going to hold your hand and take you there.

This opportunity, however, may not be as glamorous as you envision. It’s nice to think you’ll be walking side by side with John McCain or Hillary Clinton, aiding your candidate on his way to the White House. The truth of the matter is, on large campaigns like that you’ll probably never even see the candidate for whom you are slaving 18 hours a day, which is why sometimes in political internships, smaller is better.

On the Web you’ll also find web pages for virtually any candidate, most with links called something like “how to get involved.”

“You want to avoid factory jobs, where all you are doing is filing and getting people’s coffee,” says Woods. He adds, “if you have the opportunity to go to New York City to work for Rudy Giuliani’s Campaign, or a small county in Upstate New York, take the job in the small county. In the big city jobs, you won’t have much hands on experience, as most of the big names will be working there themselves.” 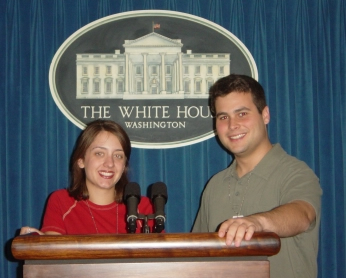 After working a smaller campaign, Woods landed a job with the now abandoned presidential bid of lesser known candidate. Though Woods had some political experience, he needed to take a little initiative to secure that gig. He first contacted the candidate’s campaign without knowing anybody, using information he found on the Internet. Once in contact with his staffers, he headed to the primary on what basically amounted to a whim. “I didn’t know what I’d be doing or where I was staying, I just got a ride from my place to the city of the Primary and took my chances,” said Woods.

The gamble paid off for him, as he worked his way up to become part of that candidate’s advance team, even going along with the campaign to New Hampshire. His duties on this large campaign were fairly typical for an intern, consisting of running errands and the like. And he didn’t’ get paid. And his candidate is out of the race. But that is a risk you take as a political intern. Maybe next time, his candidate will go the distance.

The reality is that many internships are attained through contacts. In speaking to numerous students who are going to do political internships this summer, a surprisingly large percentage of them used their parents’ connections to be placed in a campaign, or were lucky enough to have met alumni through various networking programs on campus. So you’re best bet for starting on the road to political fame and notoriety is to take the inititive to contact anyone and everyone you know who might know someone who knows someone who can get you a job. But if, like many students, you don’t have those connections, you still have options if you take a little extra initiative. (see Intern and Jobs Category.)

So what does this all mean?

For those who love applied campaign politics there is nothing better in the world like a campaign season, EVEN if that means working for free. Many in the business understand that working for free gives employers a chance to “taste the milk before buying the cow”. I mean who wants to pay someone to lose their campaign just as no one would buy a cow who gives sour milk! Contribute positively to the campaign and a perspective employer will know that you milk is rich and thick (now there’s cow to buy).

The world of campaign management is about showing your talent and selling it. And yes there is the aspect of who do you know and who your parents know, but trust me many an average volunteer can have the chance to prove themselves if they are willing to work hard. Making contacts and networking can be done by anyone. Campaigns are sort of like plays, your not the lead player one minute and then someone hears you doing the leads lines, having lead talent and before you know it your a star.You have to start at the bottom (yes that means stuffing envelopes sometimes), but most heads of campaigns start out the same way.

I love campaigns, I am on fire during the season, for most political campaigners it beats the heck out of baseball season and if you win I bet you’ll think it’s better than the world series.