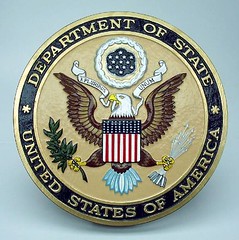 Permanent residents applying for reentry permits in order to travel back to the United States after a long absence must now appear for a biometrics appointment at a U.S. Citizenship and Immigration Services office before departing the United States. The new agency policy could delay applicants who have imminent plans to travel abroad.

U.S. Citizenship and Immigration Services (USCIS) now requires lawful permanent residents age 14 through 79 who have filed an application for a reentry permit to provide biometrics at a USCIS Application Support Center (ASC) appointment prior to departing the United States. The new requirement also applies to individuals who are applying for refugee travel documents. Because reentry permit and refugee travel document applicants must wait for a USCIS appointment notice in order to have their biometrics taken, the new requirement could delay those individuals who have imminent plans to travel abroad.

Applicants requiring expedited processing should submit an email address and fax number along with two pre-paid, self-addressed express mailers along with the Form I-131. If USCIS approves the expedite request, the pre-paid express mailers will be used to return the ASC appointment notice and the reentry permit once the application has been adjudicated.