On the cover of their July 21st issue of The New Yorker Magazine, a highly controversial cartoon featuring Barack Obama dressed in foreign clothes, and his wife Michelle Obama dressed as a militant radical, both celebrating with their much publicized fist bump in the Oval Office, all in front of a portrait of Osama bin Ladan. If that is not enough, there is an American flag burning in the fireplace. 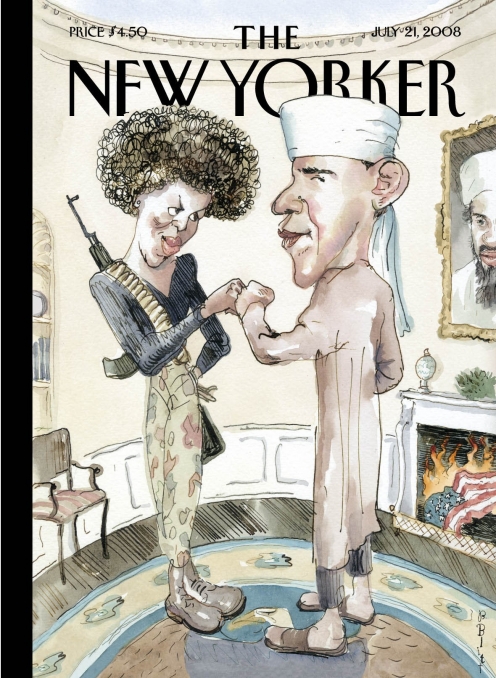