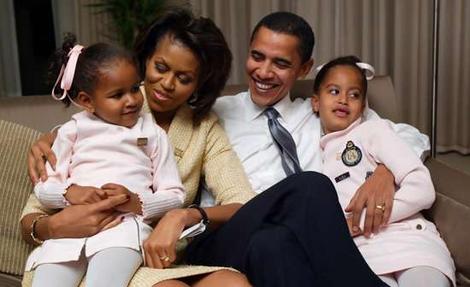 Walking a Fine Line: When asked if his daughters should receive preferences in college admissions, Obama said they should be considered ‘pretty advantaged’

As the Presidential Race comes closer, we will feature some of the leading candidates policies especially those pertinent to college students and students in general.

Barack Obama walks the fine line on race and with respect to race based affirmative action, he shows his reputation for fresh thinking.

In an interview last May on ABC’s “This Week With George Stephanopoulos,” the senator was asked whether his own daughters should someday receive preferences in college admissions. His response was startling: “I think that my daughters should probably be treated by any admissions officer as folks who are pretty advantaged.” He added, “I think that we should take into account white kids who have been disadvantaged and have grown up in poverty and shown themselves to have what it takes to succeed.”

His comments lit up the blogosphere with speculation that as president he might spearhead a major policy change, shifting the basis of affirmative action from race to class disparities.

The statement fits into Obama’s record on the issue, which has never been black and white.