Gathering any data, forget reliable data on the topic of sex can become very tricky. For this reason, the world’s # 1 condom manufacturer Durex surveyed more than 300,000 people in 41 countries, asking them about their sexual habits and topics included Extra marital affairs.

According to the survey size, the Turks are likely to be least faithful whereas Israelis are least likely to cheat on their partners. Apprantly, on an average, one in five people have had affairs.

While this survey reveals cheating habits, could this survey also reveal the various levels of honesty in different countries? 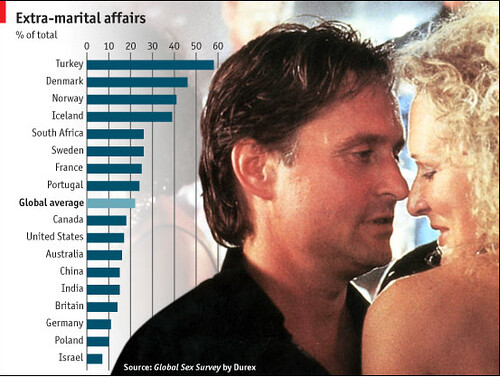